All Skate To Live events and media coverage will feature here.

With a depth of experience across competitions, demos and other events, both public and media driven we will be drawing on this knowledge to roll out some awesome activation events to engage and inspire. 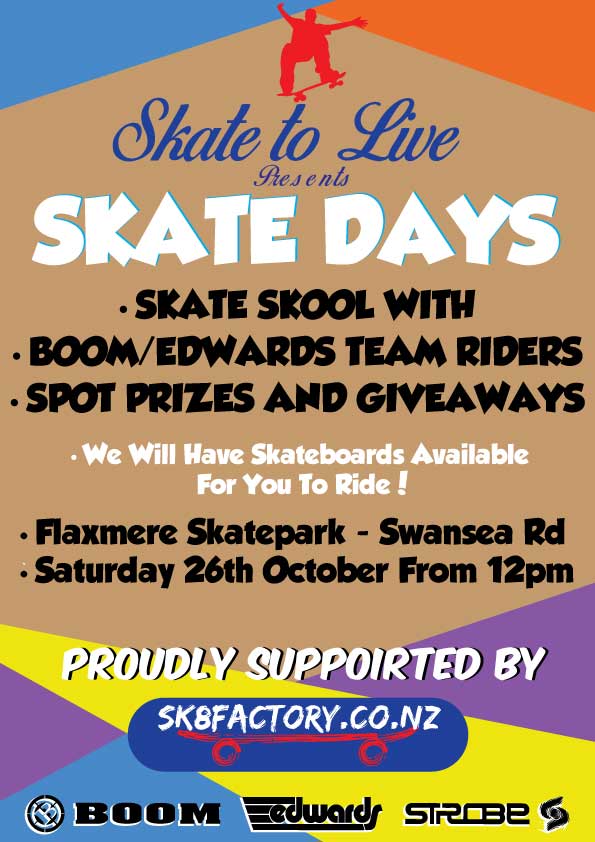 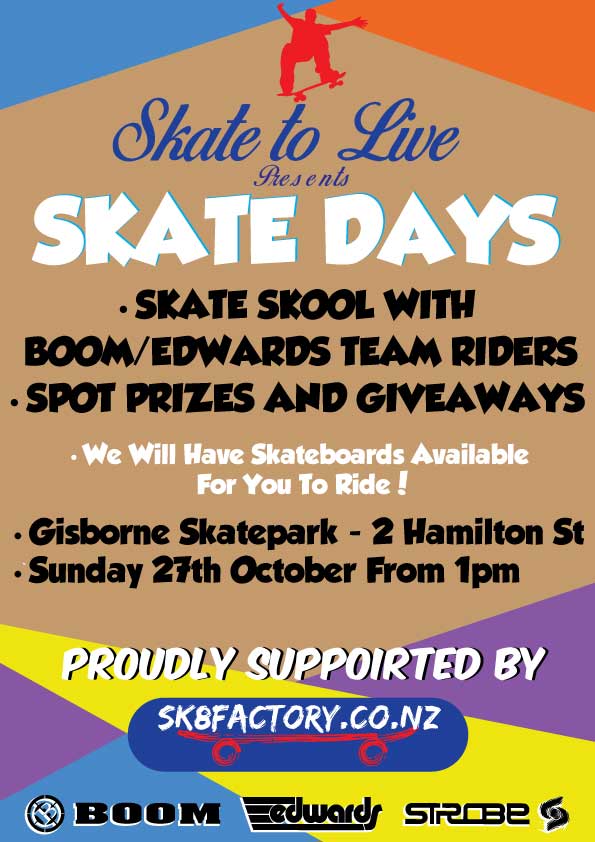 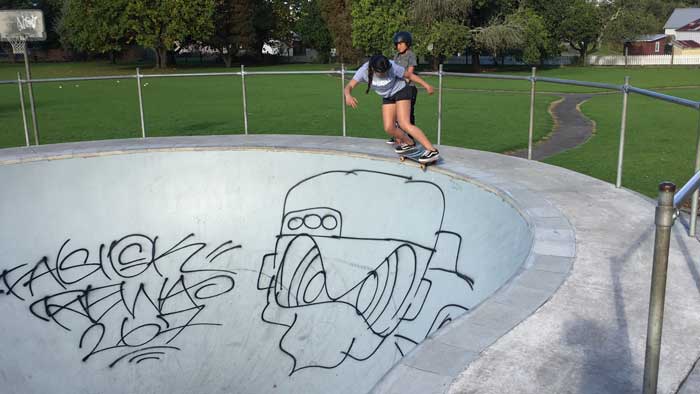 After learning that the Far North has some of the highest risk factors associated with youth suicide, we decided to make it our mission to launch Skate To Live with a tour to their skateparks. We didn’t go in with pamphlets and health messages, we went in with skateboards, music and bacon and egg pie – yes you read that right!

It was the last week of the school holidays and we ventured to Kaikohe and then Kaitaia with the Edwards and Boom Skateboarding crew and friends.

With the intent of getting more kids on skateboards, we have to say it was a definite success.

In all we met over 50 new parents and kids at these skateparks. You can see, our crew did a rad job of introducing the local kids to skateboarding. The progress we saw in just a few hours was epic.

We put big smiles on 8 kids faces, gifting them with either a cruiser, Strobe or Boom skateboard. A stack of t-shirts were given out too.

It may or may not be these kids who fall in love with skateboarding because it provides them with a sanctuary to learn, thrive, push themselves and escape the world within. It might instead be their older or younger sibling, cousin or friend. We will never know, but we do know that skateboarding has provided a safe place and lifeline to so many.

Thank you so much, this would not have been made possible without sk8factory and their generosity. 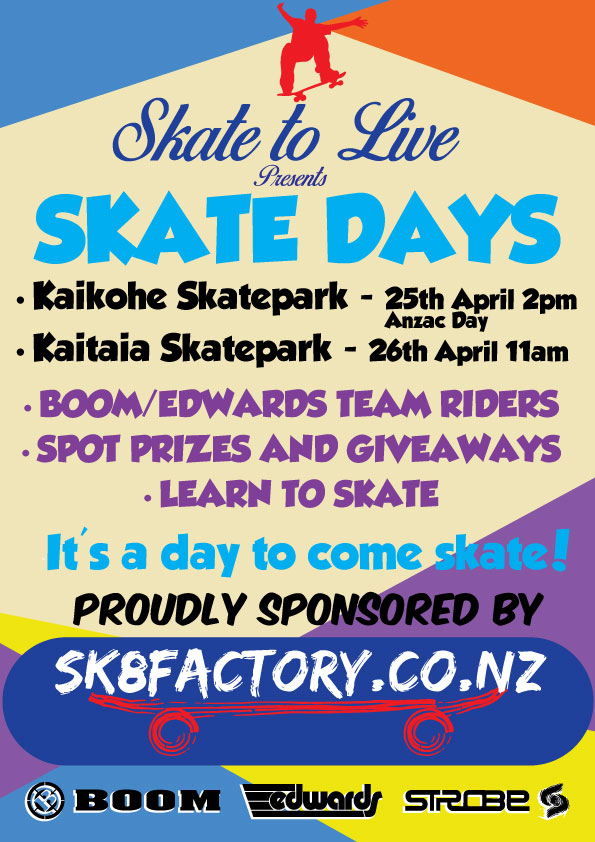